Films I did not bother to finish 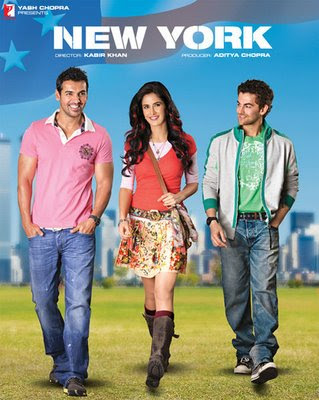 New York the city is full of life, dangerous, fascinating, thrilling and engaging. New York the 2009 Hindi film is a total snooze-fest. What was it about? I´m not sure. I remember some police raid, Irfaan being a bad cop during some interrogation that lead to flashback to fluffy college memories full of parties and playing rugby, Katrina having atrocious red sections in her hair and then there was some attempt for a little romance..... Yeah – and then the tragic events from 9/11 are shown, but by that time my mind was so completely turned into a jelly I did not really get what it had to do with anything..... Performances do not save the day – on the contrary! John and Katrina combo sends „New York“ to the deepest hell, Irfaan lacks his usual grip and Neil Mukesh disappears from your mind the moment he lefts the screen frame. This film might be ideal for putting your kids to sleep, but at the same time it might have seriously bad effect on their mental health. It sure disturbed mine. 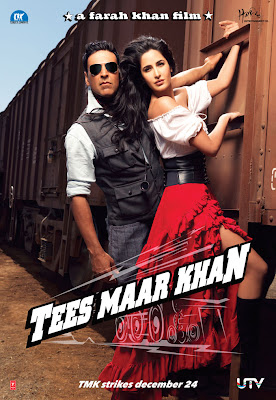 Possibly the crappiest film of the whole 2010. There may be even worse ones, but they were not as half as hyped and talked about hence the disappointment and shock over the sheer stupidity was not THAT striking. After I was disgusted by the opening titles where some freaky dancing (and yet unborn) baby indulges in some serious adultery, I was offered a truly mindless and cheap humour which had me asking my own intelligence. I was never smitten by Akshay Kumar as an actor, but I always found him at least watchable, but here he annoyed me like hell from the first second. And when the groovy Sheila Ki Jawani (the ONLY good part of the film) ended and I was presented with Katrina Kaif whom my washing machine could give a lesson or two about natural acting my patience and good will waved bye bye and went to sunbath to Italy. The reviews were promising some hope in the form of my dear Akshaye Khanna, but all the idiocy going on completely killed any desire to wait for his appearance. Watch only if your IQ equals to the one of a wooden rocking horse or you´re on drugs. 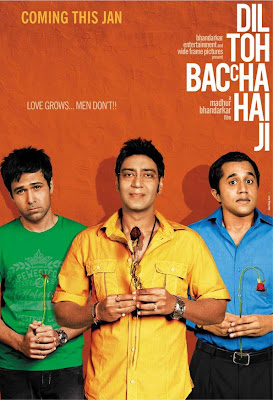 What a MEH movie. It isn´t really anything - not a romance, not drama, not comedy.... in fact it is really just MEH..... It was supposed to belong to all the characters, but in the end it belonged to nobody. All the characters are very shallow and you don´t care one bit for any of them. I was waiting for some relationship development between the three guys, but there is none. They simply get introduced and are best friends the next second. The women they are chasing are meh. The music is meh. The jokes are non-existent. It terribly drags and you get the feeling you are still at the beginning, because nothing is really going on. It´s like three stories put together, but having absolutely nothing in common. Ajay and Emraan are totally wasted, even though Ajay again proves his versatility and Emraan his great charisma. Meh film. Not really worth it. 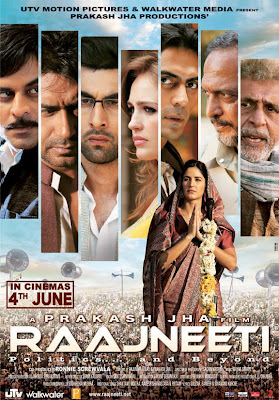 Raajneeti is a probably a good film and it only appears here because I did not understand it. Not one bit. I´m completely untouched by my country´s politics, and to venture into the Indian one is not my idea of fun. I had the best intentions and was even willing to suffer Katrina Kaif on screen, because I LOVE Nana Patekar, really like Ranbir Kapoor and Ajay Devgan and do not mind Arjun Rampal. But the great actors were, sadly for me, involved in scheming plots and occupied by affairs that I had a very difficult time understanding or even remembering them all. I was not bored by this one, not at all. I was lost, completely lost like a puppy in the jungles of Amazon. And so I did not finish it, even though it probably is, as I have already mentioned, a good film.
Posted by Gaja Gamini at 21:39