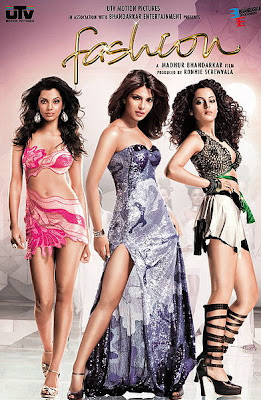 This did not look like a Bollywood movie at all..... and it works great, though I must admit it´s not a film I would like to watch again, definitely not the whole thing at one time. Priyanka was brilliant, especially in the second part, looked absolutely fabulous, but I must admit I was even more smitten by Kangana´s performance as Shonali. This was the film that made me love her - and then the love was taken away by Tanu weds Manu and Game.... but here the magic still prevails. As far as her performance goes it was THE EXPERIENCE for me. The movie was really a girl´s show from the beggining to end, though Arbaaz deserves a mention. Sometimes it happens to me, that the three hours, which a is a regular time for Bollywood movies, are just tooooooo damn long. I did not have this feeling during this movie.

It was nice to see Konkona and Ranvir, whom both I love, but let´s face it: that scene was simply good for nothing, because it was not related to the story in any way, hence it didn´t really work even as a special appearance. Music was nice, but nothing much to talk about. No songs. In this particular case thank God for that. 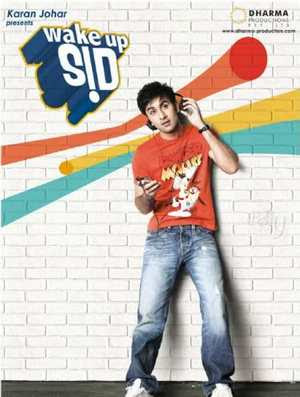 I had no idea what the plot is, all I knew it has Koko and Ranbir. And they were both just great in this nice, slow and charming movie!!! I thoroughly enjoyed the beggining, because Sid had the same illness as me - procrastination!!!! Pity his friends kinda disappeared after first 30 minutes, but in the end they were really not too important for the story. I really liked the plot - no dramatic over the top situations, just simple tale of a man finally growing up...... and for once the growth of love was understandable, enjoyable and BELIEVABLE!!!

As I already said, Ranbir was great. I love the guy! And Koko is brilliant. I would so love to see her in more movies. She does not have a nice profile, but otherwise she is IMO much more gorgeous then Katrina or Sonam. And her talent is unquestionable.

Very enjoyable movie, that slows down a bit in the second half. The word I would describe it would be "refreshing".
---------- 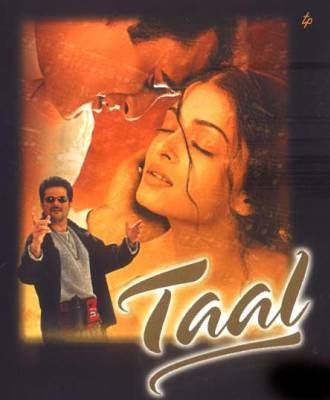 Movie that is anything but exciting. Full of half-baked characters, out of whom only Anil had something that would interest you. But there are definitely some plus poits. One was Aishwarya - I don´t know whatever has happened to her nowdays, but she used to be so adorable! I mean - she was so very natural in this film, it was sheer pleasure to watch her. I´m also a fan of her simple look without much make-up and jewellery, so this worked as well. She danced BEAUTIFULLY. Another plus point was Anil - his acting was a highlight. And then there is BEAUTIFUL title song that is absolutely magical. I loved the picturization as well. In fact the whole soundtrack of Taal can be definitely labeled as one of the best Rahman´s albums. Pity not all the voices used suited Aishwariya...

I was SHOCKED to see Amrish Puri was not a bad guy!!! That is something that just isn´t right...

And I will never understand why Bollywood heroines so often love the most impossible jerks. Akshaye´s character was purely annoying to me (and mind you, I adore Akshaye!). He was just too sure of himself!!! And then he gave away the finale halfway through the film!!! "You will send her to me, she will come out of her own decision...." blah blah blah..... And then to ensure his success in the end he decides to use a CUTE DOG as a weapon!!!! Now that is EMOTIONAL BLACKMAILING!!!! 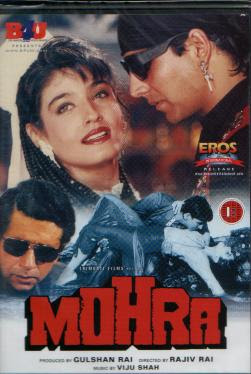 The greatest strengh of this movie is the plot no doubt. And it is also (together with the somehow psychotic Naseeruddin Shah) the only saving grace. The first hour was somehow boring and full of WTF (the jail was WTF for sure. No police anywhere in sight, prisoners roaming wherever they wanted to....). I never thought much about Akshay as an actor (thought he looked YUMMY here, never liked him anywhere else), and Raveena too was average. The second part of the film is definitely thrilling and has some good moments, but somehow I have overgrown the totally totally evil evil guys and totally totally good good police officers. Once again the twists in the story were great and unexpected. What I hated was the stolen melody - this time from Jesus Christ Superstar.
---------- 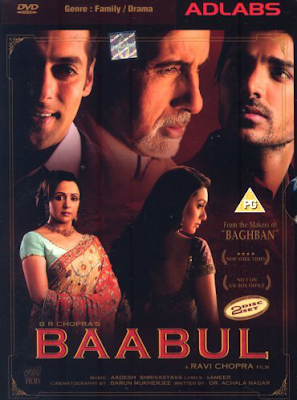 The first 90 minutes were like watching Hum Aapke Hain Koun 2 (except Salman did not look cute, more like silly this time) - all was there from warm family relationships, celebratory songs, wedding, pregnancy......... but the magic of HAHK was not present at all. The second part was nothing but boring and the ending was a bit too quick a bit naive - and also ended up on HAHK note. I really liked Rani though, she was awesome and very believable and also Amitabh gave a good performance. The scenes between him and Rani are the highlits and it is interesting to note that Rani had more chemistry with him then with Salman or John. Those two are easily overshadowed by Rani and Big B. Om Puri and Hema Malini whose characters were IMO quite essential to the story, were unnecceserilly and unforgivably sidelined.

Only worth watching for Rani and her interaction with Amitabh.
Posted by Gaja Gamini at 15:52 1 comment: 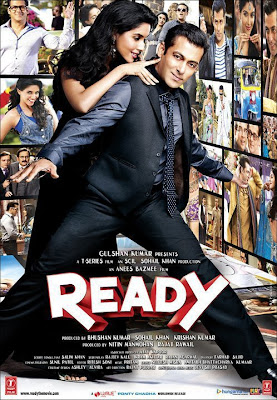 I don´t think I even want to describe the basic story here. I was so terribly bored by it, did not one bit cared for it. Or anything in the film for that matter. But for the sake of my usual format of reviews, here comes:

Prem is a laadla and also a pain of his family consisting of parents, aunties and uncles. They believe the way for him to mend his mischievous ways is to get married, and once they find a suitable girl they invite her over. However because of some lying, running away and misunderstandings the real bride is left on the airport and leaves for her friend´s place while and impostor takes her place. Sanjana, posing as the chosen girl, quickly wins over the whole family – except Prem himself. Eventally the love grows between them while they are hanging above a chasm (literally). But Sanjana is a niece of two powerful goons Amar Chaudry and Sooraj Chaudry, who both want to marry her off to their brothera-in-law, because she inherited a big fortune from her mother. Amar and Sooraj are sworn enemies, both on the look out for Sanjana...


Salman is riding on the success of Dabangg. That´s it. While in Dabangg he gave a solid performance, in Ready he doesn´t bother in the least to make some effort, and either sleep walks through the scenes completely uninterested, or is simply himself. The character of Prem doesn´t have anything from the edginess of Chulbul or sweetness of the Prem from HAHK, though it seemed to me Ready is supposed to be a blend of both with some massala-ish comedy thrown in. And though he looks great for his age, Salman just doesn´t look suitable for the roles of loverboys on this level.

Whatever humour there might be it is taken care of my Salman´s „family“, he himself did not make me even smile. See – if he was so apparently bored by the film, how should it entertain me? But I suffered through it nontheless, hoping there just might be something worth seeing. Not even the cameos by Sanjay Dutt, Kangana Ranaut, Ajay Devgn, Arbaaz Khan and Zarine Khan are exactly worth it, as they all appear in first ten minutes.
This was my first film with Asin, and I was quite curious about her, must say she didn´t make much of an impression. Her role was unforgivably limited to being artificially bitchy in the first part and completely disappearing in the second. But I guess you don´t refuse a film with Salman Khan. Even if he´s scaring spoilt kids running around a fun fair in a skeleton costume, NOT being funny.

Wasn´t impressed with music, no, not even Dhinka Chika and Character Dheela that kept shouting at me from all sides ever since the promotion of the film started.

Perhaps not worst, but definitely one of the weakest films of 2011 and without a single shade of doubt the most overrated hit of the year. Anees Bazmi is now officially my least favourite director. In the end he doesn´t fail to deliver at least one sexistic message. Prem´s "That´s the first time a woman said something wise" line woke up my feministic side with a roar.
Posted by Gaja Gamini at 13:16 9 comments: