I rather urgently need to delete several files from my computer and the victims of this decision are to be three film which released this March. And just as my good habit goes, before deleting a film I am to write at least a short review. One of the „major“ releases is not included and that is Dum Maro Dum, simply because I have not yet found a decent picture quality copy with subtitles, so I guess a review of that film will have to wait.... Meanwhile here come the three films I´ve seen.... 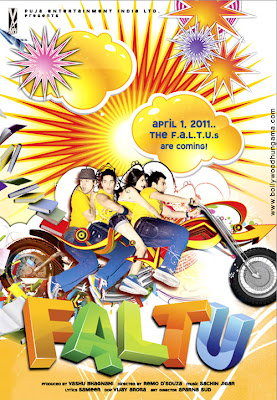 To be honest I only watched this film because it was directed by Remo, whom I´ve got accostumed to see side by side with Madhuri Dixit on Jhalak Dikhla Ja 4 the last winter. Yeah, a pathetic reason, but a fangirl in me knows no limits! The only reason why I sat through the whole thing was Riteish Deshmunk. I genuinly like the guy, I find him very funny and there is something cute and endearing about him. He is also a good actor and in this is without a second thought the best together with Boman Irani – despite the fact their roles are rather limited. Most of the time you are forced to watch a bunch of teenagers, who are obviously too lazy to study, having a good time and later do some preaching about how teachers should teach..... I am all for changes in our educational systém, but I hate it when people label it all wrong. It has worked for centuries for God´s sake. Maybe I´m just interpreting the „message“ of the film wrong, because it was hard to pay any real attention to what was heppening on screen..... Some jokes might have been funny, if one didn´t realize that there is limit to silliness. And who the heck was that Google guy? 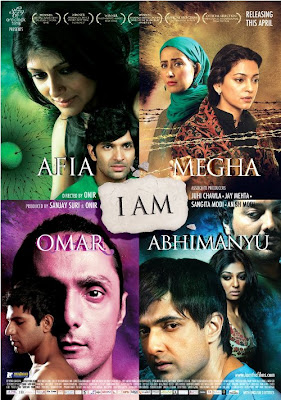 Yes, I know I have shocked you with such a low rating of such a highly critically acclaimed film. But it was the high expectations coming from those critical accolades and praises which made my psyched about I Am long before it released, and then I found out it is actually nothing that special... Onir made a quality film, interestingly put together, with very good performances from everybody. It is always pleasure to see Juhi Chawla, even more so in these kind of mature roles, and it was just as great to see Manisha Koirala again. Rahul Bose, who failed to impress me in Chameli, delivers yet again a rather subdued performance, which yet again leaves me with an impression of him being constantly confused on screen. My problem with the film was that I did not really find it „eye-opening“, the word which critics largely used. Everybody with brains (hence everyone who would watch such a film) knows there are single women who go to spermbanks, that there are people who would never accept gays, that there are molested children. The film says that these things exist. And that´s all. All four stories are hardly related to each other, in fact they seemed rather forcibly put together, and their length (or rather shortness) did not give me a chance to feel into the characters, or even like them. It was all too shallow, simple „touch and run away“. 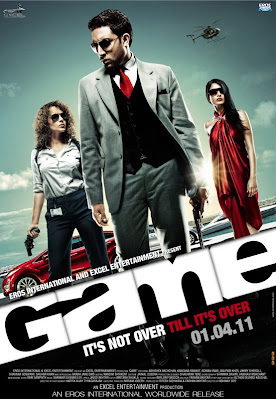 This one was a surprise. I am one of those who think Abhishek Bachchan simply lucked out because of his surname, and I maintain this belief. But there are films where he proves he is a capable actor too and Game is one of those. In fact, I really, really liked the first 45 minutes. The way the story was presented was nothing less but exciting for me. But once the EXCELLENT Anupam Kher disappeared from the film, it went down the hill. Maybe also because really good Boman Irani was too very soon eliminated from the story. From a very promising plot, which was well built up at first, the movie in mere minutes transformed into mediocre thriller with terribly placed background music and a speed of a snail. Abhishek is quite good, although I don´t understand why he has to play a "genius" so often, because seriously, he doesnt convince you of being one. Kangana, I feel, is a one time wonder. I recall how astounded I was by her in Fashion, but since then my rating of her as an actress sloops lower and lower everytime I see her. In this she is the weekest and yet again doesn´t really make me want to go and watch her some more. Lots of stories are left unfinished in this. Pity? Good? Not quite sure.
Posted by Gaja Gamini at 11:44