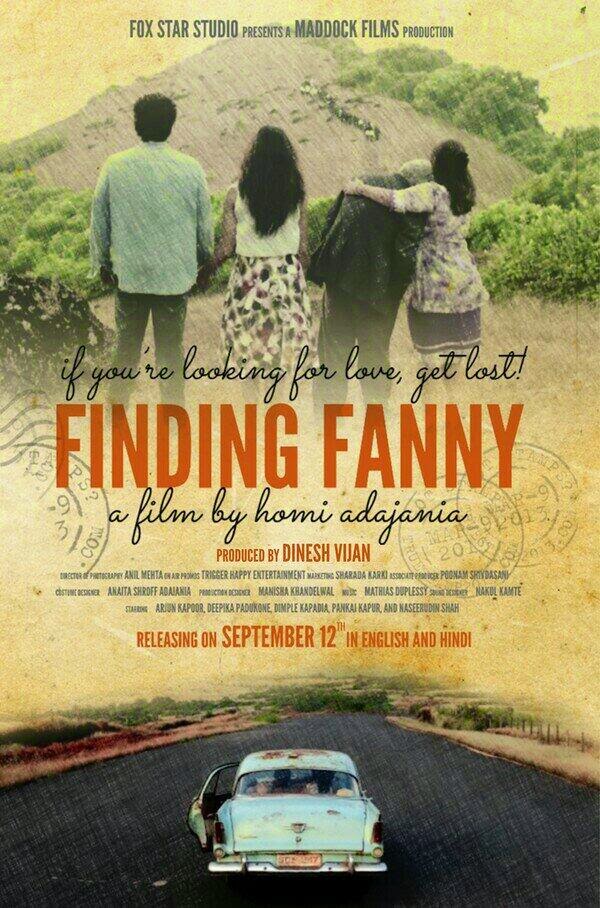 Oh the irony! I always wait for DVDs to come out with English subtitles so I can enjoy the film. This one was to be in English... so naturally I downloaded the Hindi dubbed version and had to deal with speech not always matching the lip movement. It was a mild irritation, but irritation nontheless. And how are you to find Fanny, if you cannot find a gripping plotline? Truth is that I had looked forward to Finding Fanny with great expectations. I loved the trailers and promos, it had a wonderful star cast and sometimes you just have a good feeling about projects that are coming your way. 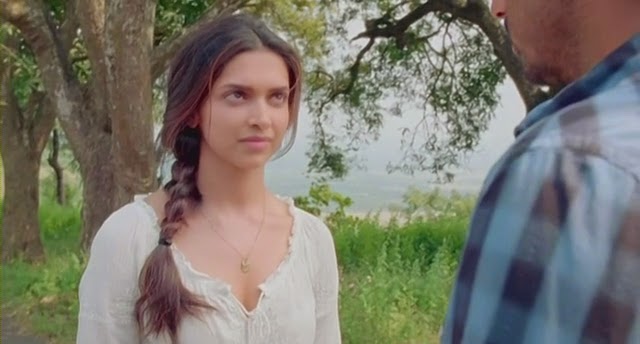 Unfortunately the expectations are not exactly met, though the movie manages to stand out of the crowd. It is very quirky (though not as delightfully quirky as Dedh Ishqiya, which too was labeled as black comedy), but lacks any wit. It deals with the bizarre and the absurd which life brings, but it is not as bizarre and absurd as I would need it to be to feel entertained rather than depressed. Using the statement of the drunken Russian who also makes an appearance: „Fanny? It is not funny!“ However crazy the situations in Finding Fanny become, they are not stepping over the line which makes black comedy funny. Instead you feel somehow sad, pitiful, and at time mildly disgusted (speaking the cat scene here, which was ever so much worse for me as a lover of animals and cats in particular). On the plus side it only lasts hour and a half, which is just about right for the subject. Plus points to be noted for fitting music (the main melody still rings in my ears) and visuals. 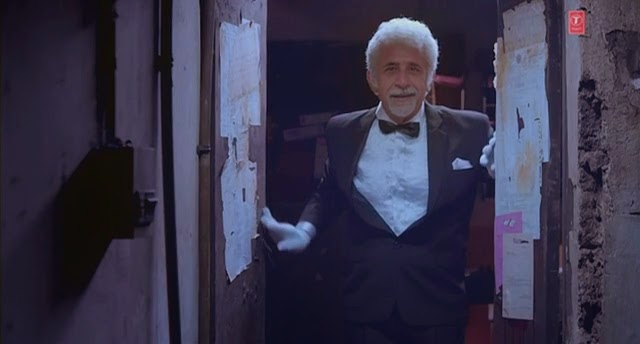 Stuffed in a flaked vintage car the five protagonists are on a way to find love and discover something about themselves. A young man Savio that sometimes one has to act instead of just waiting for something to happen. Beautiful Angie that not all stories have happy endings, but one must carry on. Elderly seductive siren Rosie that hollow pride combined with flattery may result in something very shameful. Adorable Ferdie that even the girl he once had loved did age. And art-obsessed Don Pedro that it may not be the best idea to get into a car with these other four, unless you wanna end up with an accidental bullet in your head and forever missing on the bottom of the sea. Many scenes are so very human one feels the acute embarasement at witnessing them, as an intruder in something that is not your business. I just cannot decide whether that is a good or a bad thing. 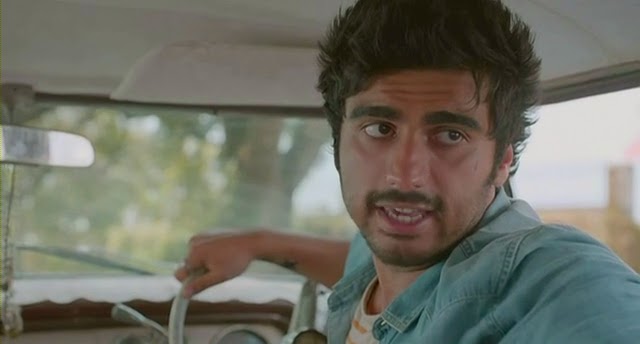 What saves Finding Fanny are ultimately very good performances from the whole cast. The young ones - Arjun and Deepika, do not go through many mood changes, and hold steadily and naturally against the elder three, who are acting masters in their own right. My favourite was definitely Naseeruddin Shah. Compare his Ferdie, who cries and howls without shame when sad, who is as soft and gentle as a child, to his Dedh Ishqiya character, who could boast of immense charm, but also vanity, cunningness and sneekiness - though the face remains the same, the two are so distinctly different I just felt in awe of Mr. Shah yet again. 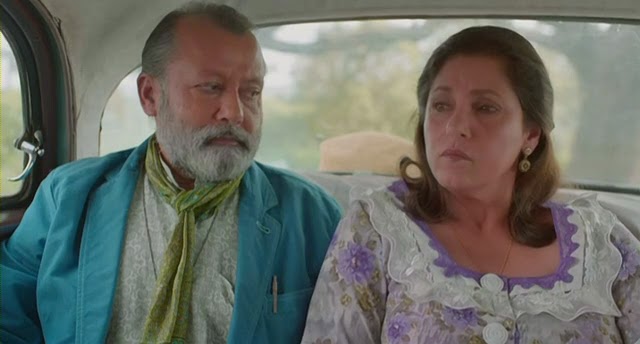 I am glad Finding Fanny exists. It is different and not bad. Just not great either.
Posted by Gaja Gamini at 18:16