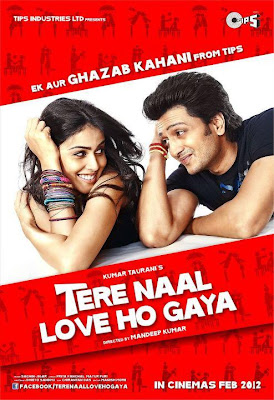 My first thought after finishing the movie was simple: I loved this! No expectations or over-thinking do pure wonders for this film, which I found genuinely sweet and entertaining. Sue me, but I liked it even more than more prolific and praised Ek Main Aur Ekk Tu, starring more prolific and praised Kareena Kapoor and Imran Khan. I have grown up from romcoms a long time ago but this one was just too cute.

Viren is a honest rickshaw driver, who saves every rupee possible to buy a taxi one day. He, very unwisely, tells this to his employer and soon enough his dreams suffer a serious blow when the latter sells all his rickshaws overnight and buys several taxi cars. And Viren gets a nasty shock, since his earnings were hidden in the rickshaw! After he fails to recover the money, and the employers refuses to get even with him, sacking him to top it all, Viren, hopeless and truly desperate, decides to do a desperate thing: with a gun he attacks his house, demanding his money, earned with such difficulty, back. Unfortunately for him he runs into the engagement of the employer´s daughter Mini, and he cannot even start to comprehend what troubles would the girl give him.

Because Mini really does not want to get married, and desperate as much as Viren, but with more gusto for life and a lot more constructive mind, she improvizes her own kidnapping by Viren, scaring the heck out of him, but ultimately pulling it off. The duo later decides to demand ransom for Mini, that would cover Viren´s loss and ensure Mini´s comfortable flight from an unwanted marriage. Of course they fall in love after a while, their journey to a relationship however is without much clichéd pathos. The second part of the film is just as entertaining as the first, if not more, as we shift from their plight to Viren´s ancestral home, where we learn that his family has made business by kidnapping people. And while Viren despises this family trade, Mini is absolutely delighted with his home and relatives, and is absolutely against leaving – ever!

The carrousel of light fun never ends, and Tere Naal Love Ho Gaya leaves one with a warm fuzzy feelings aroused by all the cuteness, bright colours and beautiful melodies. „Piya O Re Piya“ is one of the best songs of the years for sure, and the chemistry between the leads makes it even more beautiful.

Genelia is my new girl crush. Such a gorgeous girl! I loved her facial expressions and exuberance, the positive energy she displayed on screen with such an ease it is hard to imagine she may not be like that at all time even off screen. She is definitely a much better actress than all the new girls in town from Asin to Anushka and she needs to make movies with more profitable stars. I have a feeling she would absolutely sizzle with Ranbir!! Ritesh as Viren was fine, I don´t think he is the hero-material (though he remains an able actor), and I prefer him in side roles. In the end it actually seemed Genelia was the only lead and he just let her shine. Om Puri and Tinnu Anand are just pure gold, and you can always rely on them for good performances.

True, there were shortcomings to the movie (mainly the character of Viren, who really lacks any intensity and his dislike toward family occupation is not well explored, the climax too could have been a lot more exciting), but overall I truly enjoyed the film so much I´m ready to forgive.