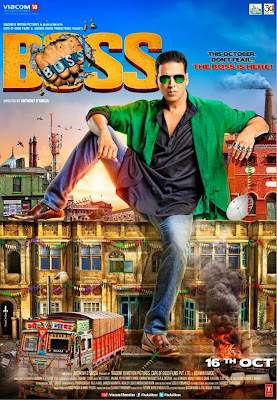 This film made no sense at all (including having opening titles 40 minutes into the film). And no kind of "it is supposed to be brainless" justifies how LAME the whole plot was. At least your characters and their basic principles should not be contradicting themselves.

Possibly the most essential role in the film is that of a father, because the relationship he shares with his son is the driving motivation for EVERYTHING that takes place, and gaining his affection is what the whole plot is striving for. However, as good an actor as Mithunda is, I found his character obnoxious and holier than thou. I could perhaps understand him being furious after the other boy was killed, but when the kid comes out of the jail he is viciously attacked by several armed adult men and he HITS THEM WITH A BUCKET, which results in father rejecting him forever without even giving him an opportunity to say a word in his own defence. WTF??? And in the end, when the boy´s death turns out to had been accidental, this father accepts the son even though he now IS a goonda and just killed a guy in front of him (and possibly have killed others, as is implied earlier in the film). What about your high principles babuji?

The film did not have to be a waste at all. It definitely had potential. In fact the first 40 minutes were rather intruiging, setting the backdrop for the later story. Kick-ass Danny Denzongpa who could really still kick your ass even today was awesome, the villainous police officer (whom everybody kept calling by his first name which was just weird) really menacing, and the young pair of lovebirds adequate. And then out of nowhere Akshay is beating people to some desi beat and riding cars on just two wheels through the desert. The tone of the film changed so abruptly it was not welcomed. What I thought would be a gripping family drama suddenly transformed into a silly comedy. Given it was not all bad, there were funny bits, but way too often slipping to OTT. I kept thinking that the basic idea of the movie would work very well - if it was either thriller or comedy, but definitely not as both. The mix did not work in film´s favour. At one point I hoped that Boss would be torn between loyalty to Danny and that to his family, and he would have to deal with lots of emotional drama. Instead his bro got into jail. So he set him free. And he got there again. So he again set him free. And that was it.

Aditi Rao Hydari was another contradiction. She is supposed to be "sabse alak" and her first shot is raising out of a pool in bikini, but firstly her strength is being cute and not sexy and secondly for the rest of the film she is as average as you can imagine, not to mention covered from head to toe. I hoped for some confrontation between her and her brother, but there is none, not even when she is supposed to send him to blazing hell. Then again, women do not have any importance in the Boss universe. If leave out sabse most covered Aditi, all we are left is bunch of "gori whoris" in the songs (which were all unquestionably pathetic). Party all night has possibly the most disgusting and cheap picturization this year. BTW notice how the only girl wearing something more than a bra and tiny skirt is another sabse alak Sonakshi Sinha, in a cameo TRULY unworthy of her talent.


To sum it up, Boss had a great start and then started limping just like the old babuji, only to end up in the same place as the bomb-chika-chika-bum. It could have been really good, if they had sorted out what they were making in the first place and adjusted the script accordingly. The movie can also boast with many awesome names that have made place for themselves in our hearts, and they do deliver in whatever way they are allowed to, but truly, they all deserve much better