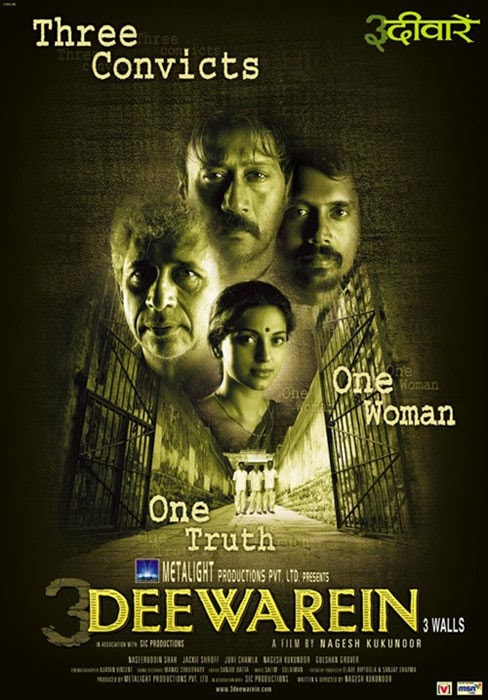 A curious, intriguing movie this is. Amazingly non-glamorous, yet not hyping on any dirt. Lasts little under 2 hours and yet stays with you for quite a while after. Clever and with a twist that you never could expect, but not venturing into an impossible scenario area. As both a sum of its parts and the final product 3 Deewarein is, I feel, severely underrated.

The notorious „bad man“ of Bollywood Gulshan Grover is here a „good man“, leaving aside his comic antics and theatrical villainous acting, trying to run a prison, where the prisoners are treated with humanity and everything is done to support their reformation. But some cases, apparently are beyond help. Three walls are a prison to three death convincts, each distinctly different from one another, but sharing the same lot. And the story serves as a probe to test their mentality and behavior face to face with death punishment and lengthy waiting for it. Nagya (played by director himself), keep believing his innocence would eventually be proved. Ishaan (excellent, excellent Naseeruddin Shah, stealing the show away and being incredibly charming even as a killer) is a sly-operator keeping his cool and plotting his escape. And finally Jaggu (Jackie Shroff) decides to be absolutely stoic, waiting for death as if she was his lover, whom he would welcome with some of his plentiful, melancholic poetry (which he recites so soulfully in his deep sexy voice that everything in me just couldn´t help but to be a Jackie Shroff-fangirl). 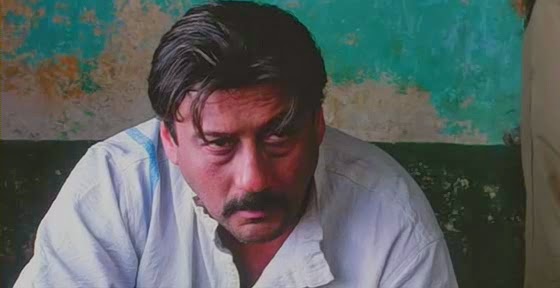 The makers did an excellent job in presenting the reality of life in jail and daily routine of the prisoners. When with the characters, you feel indeed enclosed in the same small world they are allowed to exist in, cut off from the world. There is nothing filmi about this prison, neither there is a Hitler-like jailor (waving at you, Sholay) and do not expect a happy song about how awesome it is to be imprisoned (avoid a movie called „Army“ at all cost). Within this atmosphere, both calm and full of anticipation, depending on which of the three condemned prisoners is pulling the story forward, the excellent performances by the actors make an intriguing tapestry of emotions and actions. 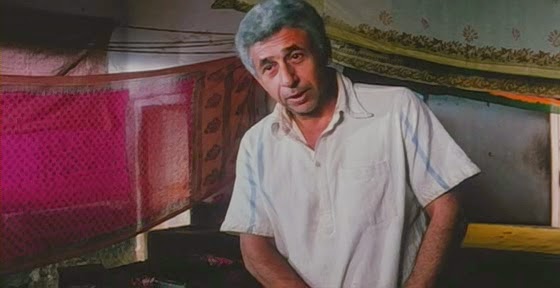 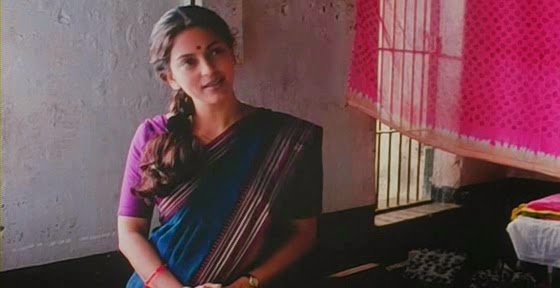 The medium through which the plot function though, is Juhi Chawla in a role of a documentary filmmaker. Simply clad, with simple talks, she is not what she appears to be to the world. These days expression „women empowerment“ is being thrown around right left and center, and it is unfair to forget that there have been character in the past that indeed reached the empowerment – Juhi in 3 Deewarein is one of them, as she plays an abused wife who not only decides to satisfy her need for being creative, she manages to win over her husband all by herself too. And meanwhile she is also an avenger. And a rescuer. Her performance is brilliant (and for me personally her best, most intense), her presence among the mournful and pessimist prisoners like a fresh wind. And her despair in scenes showing her personal life nothing less than deeply disturbing. 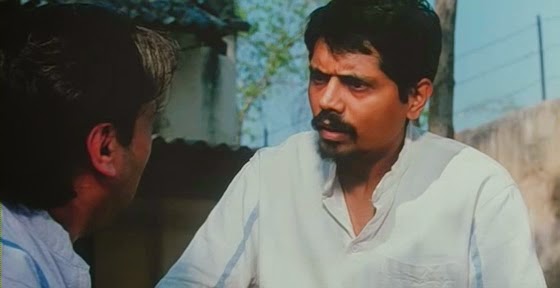 The movie does not have any songs, but the background score and a lonely, touching melody of a flute, which sounds throughout the prison in the nights, are beautiful. Editing in some of the scenes flawless. There is a bit too much English for my taste, which is one of the minor possible complaints. If you are looking for a really good film, try this one for sure.
Posted by Gaja Gamini at 21:42