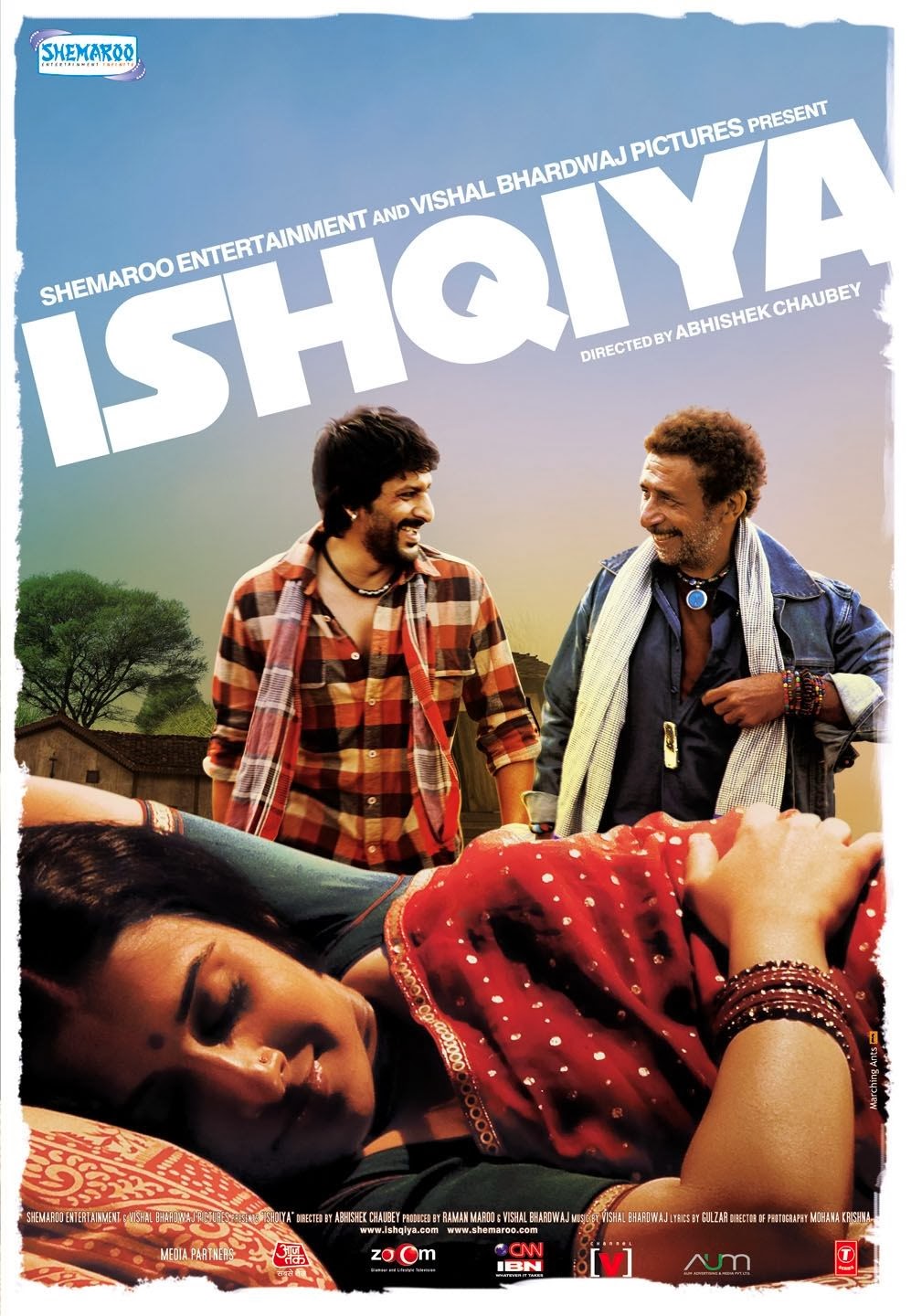 It would be a blatant lie if I denied that the impuls for revisiting Ishqiya was the coming of its successor in the form of Dedh Ishqiya (which has been watched and immensely loved and will be reviewed at LENGTH so just prepare yourselves), but at the same time I can claim with a clear conscience that the first film was definitely one of my favourite films of 2010, long before any news about a sequel. Because it was quite different, yet somewhere along the line it still didn´t feel like a wannabe-artsy film. And mostly because the characters created within the Ishqiya world range from extremely entertaining to quite fascinating. What Abhishek Chaubey managed to do in his debut movie, many more experienced directors sturggle to achieve after years of work. And put me in an awkward position, because I have started writing a review and yet I still don´t know how to write about the film. Or what really..... Ishqiya is one of the films I genuinely enjoyed.... but don´t have that much to say about (seriously wait for my word-diorrhea that will come once I get to Dedh....)

A sun slowly rises above the hills, enough to colour everything in hues of beige and brown, but not yet enough to reveal the true colours of a village landscape somewhere in Uttar Pradesh, where the story takes place. The visuals throughout refrain from using too much colour, settling instead for very earthy tones, in which a wild flower or Vidya Balan´s white choli stand out and draw even more attention than they would otherwise. The attention given to a detail is wonderful. And the overal atmosphere created quite unique. As is Krishna, with her glorious braid and drool-worthy sarees.

Now, Vidya Balan is possibly the sexiest (as well as stunningly gorgeous) actress Bollywood has on its hands these days and she is thus perfectly cast as the female protagonist of the story. A great feminist figure she is – going afer what she wants, manipulating others without a blink of an eye and using all that has nature endowed her with, from wit and swift thinking to sinful seduction. And she is so good in that art that no wonder she has two uncouth crooks wrapped around her finger. Played by Naseeruddin Shah and Arshad Warsi, the uncle-nephew thieving duo Khalujaan-Babban, have made a sure entry into the golden book of Bollywood bromance. Excellent actors with wonderful chemistry, they essay characters who believe themselves to be a lot more cunning than they actually are, and that together with them both being easily swayed by a promise of love (which they are willing to follow with devoted puppy-eyes) makes them utterly endearing. In many way they are the soul of the film, even if Vidya is the center of it. There can be no complaints about performances, music or visuals.

The story seems to be going one way for most part and in the last 30 minutes takes a very unexpected turn (at least silly me did NOT see that coming). It takes quite a while before it picks up a decent pace, and the build-up is good, unfortunatelly the very end feels somehow incomplete. As if the writer didn´t really know what to do with the characters once the issue is dealt with and over. At times the viewer grows impatient for story to move on. And if this review so far feels rather incoherent, it is because the film too is incoherent to a certain extent. It takes patience to „get there“ and good will to believe it will be worth it in the end.

I hope we get more films like Ishqiya. More „tight“, but with the same precision and care placed into the characters. With more even pace but with equal importance given to little details and touches. With similarly impressive twists and even more women, who actually are people. Ishqiya world is very feminist-friendly, with men being part of it (and being loveable with their shortcomings) but never really catching a drift of what is really going on. Ishqiya world is a great space to be.