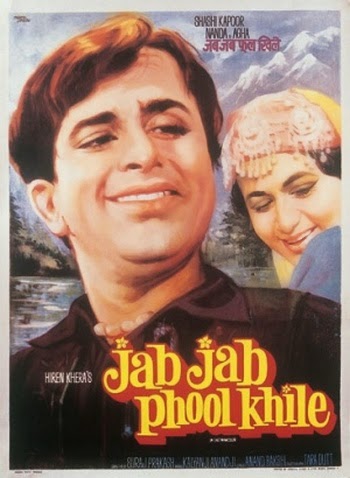 Clearly the awful Raja Hindustani drew much inspiration from a film lot older, lot sweeter, and less blatantly sexist and prejudiced. Perhaps not as equally successful, but very successful still. Those were my initial thoughts after watching Jab Jab Phool Khile, a picture full of beautiful songs, terribly unrealistic studio sets, sophisticated Lolita-reading Nanda and above all the cutest, handsomest Shashi Kapoor. Perhaps no other actor has had innocence so clearly mirrored on his face. Mr. Shashi is simply adorable as a simple Kashmiri falling in love with a wealthy lady. 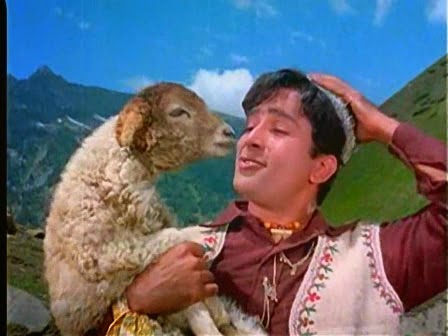 For most part Jab Jab Phool Khile is pure joy to watch. The wealthy girl is spoilt, but not rotten spoilt and does not think that poor people stink. She is wearing western clothes, but the traditional Shashi does not tell her off because of it (unlike Aamir in Raja Hindustani). She is, actually, clearly educated, sophisticated and has a strong will and sense of independence. Very early on she makes it clear that she has not yet thought her own life through, so why think of marriage. And she keeps the same attitude until love comes her way. Then too the wedding is not quick affair in a rush of emotions moment. Nanda has been known as the „homely“ heroine with sweet, inoffensive charm, and she essayed the role of Rita perfectly. 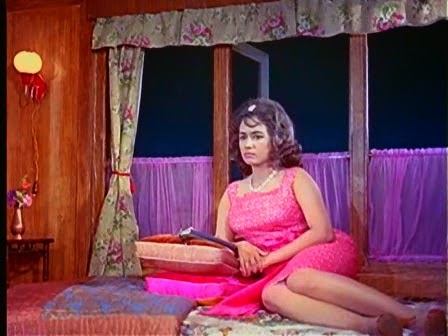 In the very soul of the story, however, is Raju (the most Shashilicious of all the Kapoors), his naive dreams and devoted persistence, which, as should be mentioned, never goes out of control. Far from being a stalker who puts himself in front of every step of the lady he fancies, Shashi loves Nanda from a certain distance. This distance always remains respectful, and for once the hero is not creepy at all. In fact he is completely loveable. Shashi with his gentle eyes and shy smile is forever my crush and whatever damage to his image was done by Satyam Shivam Sundaram, Jab Jab Phool Khile repaired seamlessly. The Kapoor men have always had incredible energy and gusto with hich they performed set them apart from other actors. Shashi´s excitement and unbounded joy as he sings about his hopes are infectious. 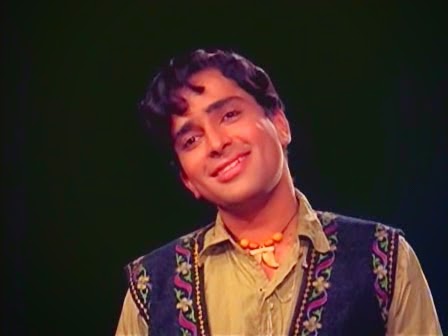 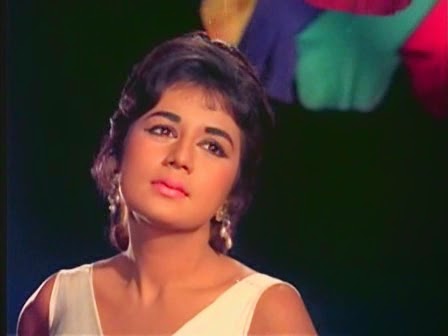 The smooth narrative, unfortunately, does have a few dents, most of which one is willing to forgive given the release date of the movie, and the fact the rest of it is so sweet. Still, they did take a away a bit from the viewing experience. The hero tries to fit into an unfamiliar world of his beloved without making it seem like a huge sacrifice of his moral conscience, and unlike in Raja Hindustani he is successful and not ridiculous at all. But just as I was ready to cheer for the movie, the eternal „west is bad“ idea crept into it and ruined the ending. When Shashi and Nanda dance at a party thrown by her parents, she goes on to dance with someone else for a bit. Within seconds the sweet Shashi turns into a lecturer on morality. Because how dare you dance with other men. It basically means you are a used thing with no worth. Naturally Nanda ensures a dramatic finale, during which the imagery is all too clear: Shashi having the moral high ground stands in a moving train, while she trips on down below on the pavement, begging him to take her away from everything what has been her life. I feel like inserting the „you tried“ meme here – for the makers. 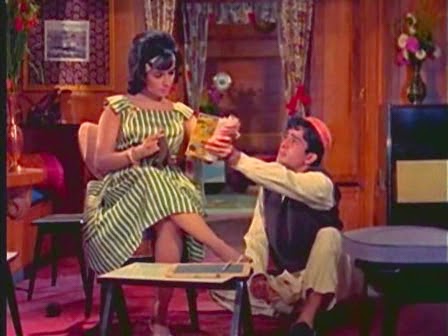 In the end it should be noted that the only saving grace of Raja Hindustani today is the music. Jab Jab Phool Khile, on the other hand, is still a pleasing cinematic piece. When two do the same, it is not the same.
Posted by Gaja Gamini at 11:15