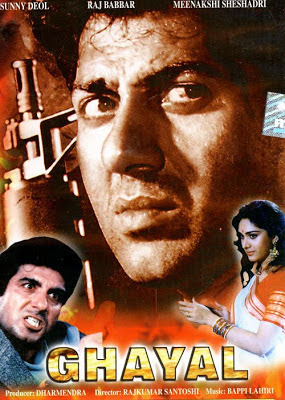 Ghayal is a child of its time, a film about revenge that the bad guy brought upon himself with his own greed and ruination of our hero´s family. It can be also fitted among the then very popular slot of „innocent young man wronged by society goes bad“. While that to me personally will always be predominately Anil Kapoor´s kind of thing, Sunny Deol was the action God of the time, and those who doubt his acting abilities should watch Ghayal to know that Sunny, when he wants, can be very, very good (or put on another Santoshi´s masterpiece – Damini). 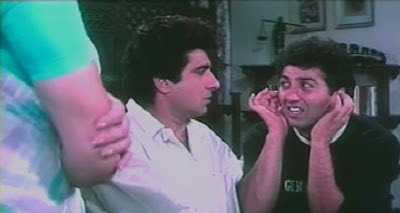 The beginning is slow, unhappening and frankly rather unrelated to the rest of the movie. We are introduced to Ajay (Sunny), an unwaxed and not-looking-like-a-tank amateur boxer (actually a pleasant relief and reminder that you don´t have to be one huge hairless pack of unnaturally looking abs to actually have the strength of ten other men – at least on the screen) with great love for his brother (Raj Babbar) and bhabhi (Moushmi Chatterjee) and running around the trees with his beautiful girlfriend Varsha (Meenakshi) to the beats of what in my childhood was known as Lambada. We finally get to the plot about thirty minutes later (those thity minutes are actually stuffed with one song after another because the makers realized there was no way they could squeeze them anywhere in the rest of the film), when Ajay´s brother goes missing. 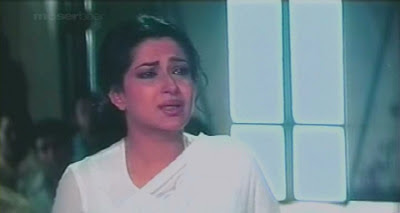 Ajay looking for his brother uncovers some serious dirt hidden behind a good name of a millionaire Balwant Rai (Amrish Puri FTW), and after being denied any help by the corrupted police and a series of very unfortunate events he finds himself in jail for the murder of the very brother he tried to save and with his dearly beloved sister-in-law committing suicide. It is time for revenge. 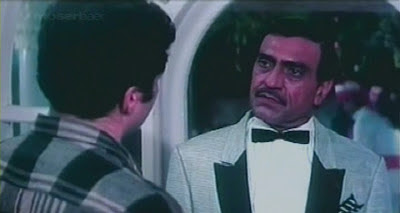 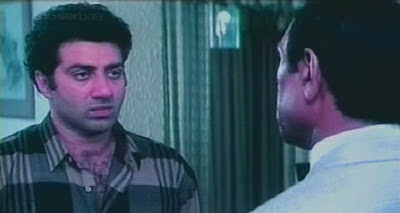 Once past the long start, the movie keeps an even pace and brings one happening after another without wasting the time anywhere (least of all on Sunny-Meenakshi love story). Action is good and even though there will always be liberties taken in films, it is not the typical Bollywood over the top beat up. Ghayal, in many ways, feels realistic, although, as many other movies of its kind, could be viewed as way too optimistic about reformation of the criminals and keeping the righteousness in mind, that actually has to be pretty messed up due to serious reasons. Same kind of doubt needs to be given to honest policeman Om Puri, who is apparently a great investigator, yet has a shock of his life when he realizes there might be bugs in how the system works. I could have enjoyed more of bonding between the prisoners, who later do not hesitate to give their lives for what, quite frankly, is not at all their thing. 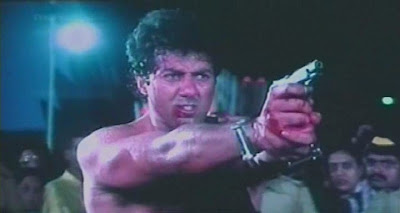 Still, Ghayal is a good action flick and Sunny Deol in the lead delivers a fine performance, not short of his trademark abuses. There is intensity to his dialogues and his body language says everything. Meenakshi Sheshadri is completely wasted, even Moushmi Chatterjee as Sunny´s sister-in-law has a better, more complex role. Meenakshi is in the film just for Sunny to have a girlfriend (like the right Bollywood hero does) and the songs, but not even her wonderful dancing skills are used. Pity. I suppose Rajkumar Santoshi just really wanted her in the film, after all, didn´t he have that infamous obsession with her for years? I can´t say I blame him.... 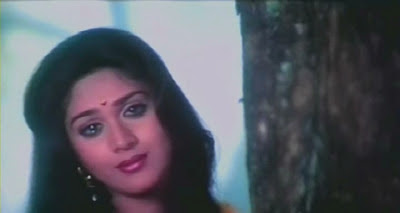