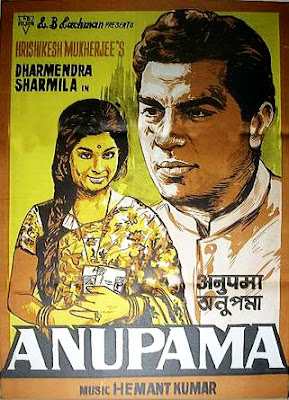 Not many films venture beyond portrayal of love between hero and heroine – or rather not as many as I would like. Films that don´t only tell story of romance, but include an intricate web of relations, old and new, some of love, some of respect and some of hate. And more than one are complicated, and more than one has to be kept in mind while making decisions. Anupama is such a film. 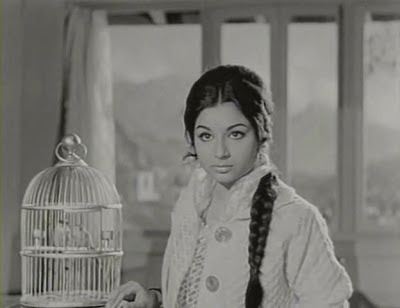 The story opens with a blissfully married young couple, Mr. And Mrs. Sharma, very much in love and seemingly on their way to even more happiness, as they soon are expecting their first baby. However after a long and complicated labour the lovely Mrs. Sharma dies, leaving behind a baby girl Uma and a completely desolate husband, who is unable to even look at his daughter, unless he is completely drunk. Uma thus grows up into an extremely isolated young woman with little confidence in herself. She is craving for her father´s love, or at least an approval, and at the same time she is terrified of him and his drunken expressions of paternal love. But her life seems to be changing upon meeting a group of friendly young people, a handsome writer and poet Arjun among them. 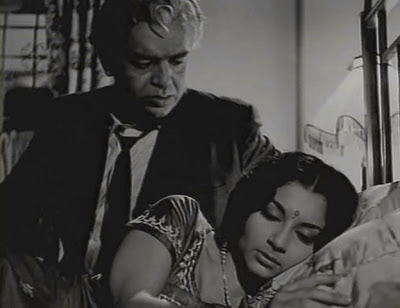 The character of Anita „Annie“ played by Shashikala, got on my nerves for most part. I understand she was supposed to be a completely opposite of Uma (who speak so little in the film you actually fear she has gone mute), but there is a point after which „over-the-top“ transforms into „highly unconvincing squirrel after a barrel of coffee“. The film also drags a bit in the middle, but it is all worth it in the end - end, that refuses to be a melodrama full of clichés. The story progresses, the characters remain who they are, they don´t do things which are drastic, extreme or completely unexpected, they stay true to themselves, even though, of course, changes make them take actions. 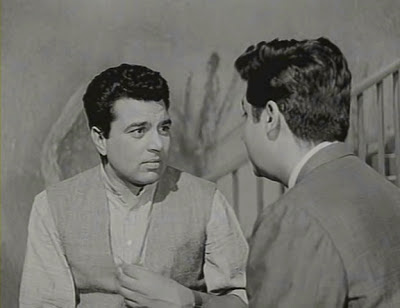 Dharmendra may be known best as action hero, but his good-natured, humble poet was played with much feeling, beautifully. His character is a daydreaming writer, yet never a hopeless case of uselessness (as it sometimes happens with artists shown in films – they are in love with a girl and their genius mind). He is earthy, calm, pleasant. He doesn´t go around giving lectures on the meaning of life – and whatever might come close to it feels very natural and never pretentious. 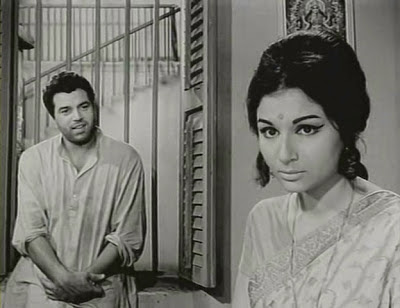 Young Sharmila was stunningly gorgeous. At times I had a feeling her big 60s hair interfered a bit with who the character of Uma was supposed to be – a very shy, introverted girl who never goes out (apparently the director had the same feeling, but Sharmila refused to listen), but for most part the innocence was so clearly mirrored on her face it let one forget about anything else. For a long time in the film I was worried that she had not much to do apart from looking glorious, but her character ultimately proves to be a heart-stealer. Uma collects up her courage and walks out on her old life with dignity and without need to have a nervous breakdown and throw a fit while making her father feel like crap for mistreating her for so many years (even though that is exactly what he deserved).

The gorgeous black and white cinematography is visual delight, and the music too matches all the beauty the film is stuffed with. My two favourite songs have to be Kuch Dil Ne Kaha and Dheere Dheere Machal. Indeed, Anupama is beautiful. 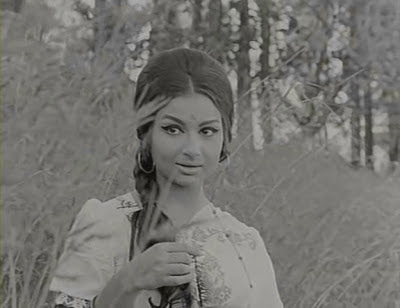