Since it is latest fashion in Bollywood to turn films into a franchise or at least make a sequel or two, here come my thoughts on three of them.... 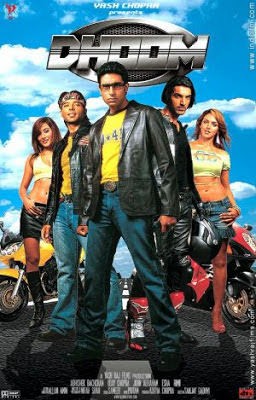 At first I thought it was a film made for less talented star relatives, but thankfully it turned out quite well. Abhishek was really good, which in his case is rather rare, but I just did not believe John to be the bad guy. He is a chocolate boy who looks like a lollipop macho, but he is as evil as a tomato soup. This was my first encounter with Uday Chopra, and he suited the role perfectly, and it was also my first encounter with Esha Deol. In her case all Hema Malini´s genes concentrated on making the daughter looks like an exact copy of her mother, but failed in transferring charm and screen presence (forget talent). What I liked the most was probably the editing (except for the scene near the end when Abhishek and John are coming out of the casino when the constant "BOOM and close up on them looking at each other" was used annoyingly often). The story lacked both the investigation process and the planning of the cons, which quite frankly bothered me a bit. I was always just presented the final result without seeing any development - which in cop films like this one are just necessary. Dhoom is primarily a guy´s film - by guys for guys. Full of motorbikes and skinshow 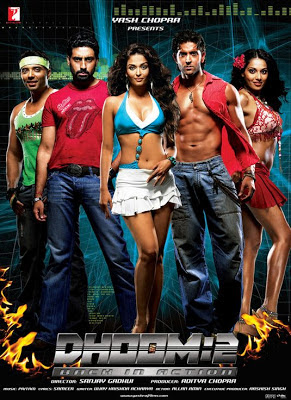 From the first second it was clear that this Dhoom is more polished. More fancy. And much, oh so much more stupid. I have a great tolerance to the physically impossible displays of awesomeness, but what is much is too much as we say in Czech. Abhishek and Uday are still both very much stuck in the first Dhoom and have not made any progress altogether on any level at all. Hrithik didn´t have any impact on me – his Filmfare for this reamins the biggest Filmfare joke ever. Bipasha - why was she in this film? She has TWO roles and both are absolutely needless. I was sorry for Aishwarya, because she was just bad, and I know she can do so much better. Her beauty was burried under a THICK layer of very unflattering make-up and Crazy Kiya Re has to be the most overrated song in history of Bollywood. "Why are you wasting your incredible dancing skills?!" line was swirling in my head all the time watching it. The music overally is pretty weak (excep tfor the Dhoom theme which has already appeared in the first film) and the final nail into its coffin hammer the English lyrics, that in this case just do not work. Whatever the suspence in the first Dhoom, there is absolutely none in this. And I cannot help but wonder WHY in the world is this going to have another sequel. 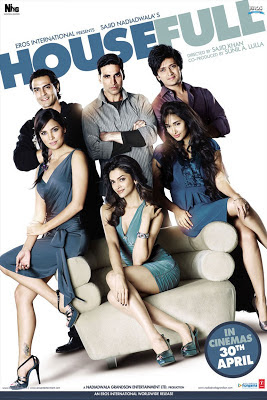 I can´t believe I´m saying this but most of it I actually enjoyed. Not liked. Enjoyed. Anyway it is definitely a bad film, and though the skin show is not ever present it has a somehow sleazy feel throughout. The showstealers were Boman Irani and Chunky Pandey, and I one of the reasons I enjoyed the movie was Lara Dutta (the woman is just not in enough films!). The story is next to none, there is just one big mess of a confusion given by switching multiple partners according to situation. 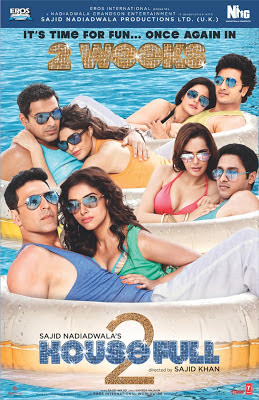 Indeed the house was full from basement to the roof. Sequels are rarely met with such a good response, but Housefull 2 did more than well and after a series of flops Akshay Kumar returned from the oblivion. There is not much different from the first film. The plot and the jokes are yet again based on loads of lies and partner changes, just unlike last time Akshay is not an innocent fool but a cunning kamina. Truly, housefull 2 brings nothing new to town, except a really delightful on screen meeting of Rishi and Randhir Kapoor as two brothers who hate each other, but have many things in common. There are way too many damn characters to remember and way too many damn deceptions to really keep a track, but to be honest I found the over the top unlikely situations absolutely hilarious – and credit goes more to the art of the actors than anything else. Seven women in the story (two mothers, four girlfriends and a dancer) have absolutely nothing to do, and womenfolk is pretty much presented as kind of dumb, but all the men are just splendid in their comedy (I especially need to mention to I-am-a-joking Chunky Pandey as Aakhri Pasta). More than a sequel it is a upgraded version of the previous movie and definitely the funniest film of the whole first half of 2012. 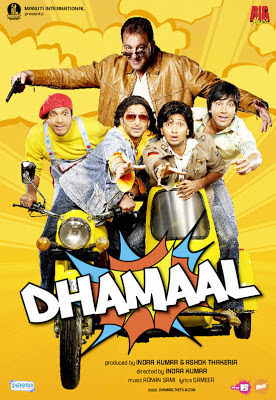 The OTT is so Indra Kumar... However in all that OTT there is heart somewhere. True enough, I was not able to finish this at one go, because it would give me headache after a while, but I kept returning to it till without regrets. It was amusing, though not exactly hilarious. I could have done without the stupid souds indicating that "this was funny", seriously in a film like this (meaning FULL of silly jokes) we wouldn´t have missed that the joke already happened. I must admit I was genuinly teary-eyed in the end.... Sanjay Dutt was made for such roles. He was awesome and by far the most funny of them all, without making faces and talking rubbish. My love for Riteish was justified yet again, loved him as well. Fine timepass. 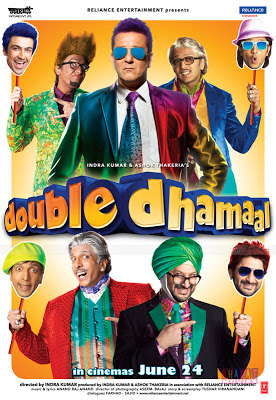 Yet another story of four not that brilliant guys trying to get rich quickly and without work. As much as I enjoyed the first one, this one is not as half as funny and also lacks all the heartwarming moments. In fact the only fun and simles I had came in the last hour. This time it´s not Sanjay Dutt, but Ritesh Deshmunk who takes the cake for the best performance, his "Tukya" was purely hilarious! I´m almost ashamed to say I found Mallika Sherawat much more natural and bearable then Kangana, who, to be honest, is starting to annoy me really bad. All in all there is LOTS of OTT Indra Kumar style (as usual and expected), and way too many references to other films actually take away from the wit.
Posted by Gaja Gamini at 13:46