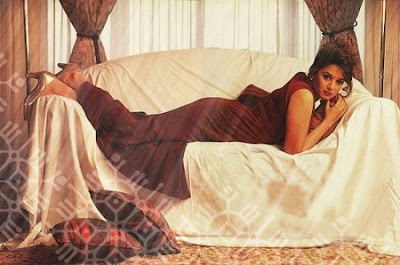 Hated.... OH SO HATED!!!
Není na světě člověk ten, aby se zalíbil lidem všem – that is an old Czech proverb meaning „There is not one person in the world, whom everybody would love“, but in English it doesn´t sound as half as nice. And being a popular celebrity goes hand in hand with being hated, bashed, hated, insulted and hated. The more fans there are, the more haters lurk in the dark corners of the internet, ready to strike with their venomous posts, bravely and cleverly hidden under the label of „Anonymous“ most of the time. As a former hater myself (hello Kajol, whom I like now) I know only too well that the only and real reasons for hating an actor are just two: somebody spoke about him/her too much for your liking or draw comparisms very much unflattering to the actor you love (my case), or you are just a jealous looser that the other celebrity has more or equal success/fans/film offers etc...... That you don´t like somebody´s acting doesn´t make you a hater. (Here I should say I don´t HATE Sonam Kapoor, I just think she´s pathetic actress and I don´t give her much thought beyond the span of a film), and your tastes have all the right to differ. 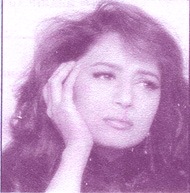 But there are still plenty of them, haters who spend their lives hating on somebody they never met, drawing conclusions from short gossip article titles and they are capable of finding the most unflattering photos. They can be recognized by USING CAPSLOCK, usually have poor spelling and grammar, haunt youtube and infest Pinkvilla. And some of them hate Madhuri. Oh how much they hate her. Just recently I found a facebook group that says it all: WE HATE MADHURI (JUHI IS THE BEST). Obviously there are only six members and the group was so „popular“ it´s going to be archived soon.....

Some absolutely know her through and through – plus they are daily guests in her household!
„she comes across as being warm only because of her smile, she knows she has a nice smile and she uses it. i detected that coldness/aloofness in her during the KJO interview as well - when Rani was gushing over her and sucking up to her, i was so surprised to see NO humility from madhuri, she just sat there all icy and uppity acting all diva about it.“ - Anonymous, Pinkvilla
„She tries to act to perfect and gives a picture of too perfect a family like getting up at 6 and then cooking for her kids...Pls...I hardly know any well to do housewife doing household themselves and getting up so early.They can always find a help for all that. Actually she always sounds fake to me.... Who is she fooling?“ - Anonymous, Pinkvilla

„I am sure she never a cooked a grain of rice in her life even for her kids since she seems to be so desperately trying to be in Bollywood to resurrect something that remotely resembles a career!“ - Anonymous, Pinkvilla


„Geez is M.D that desperate for $$$$?. She and Nene are loaded seriously.. Go back to your kids woman..“ - Anonymous, Pinkvilla 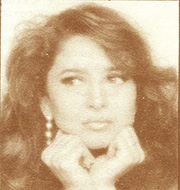 Some probably watch only 50s Bollywood, because they are not in the least bothered by the half-naked actresses these days and for them: „vulgar= Madhuri+saroj khan“ - Anonymous, South Spy
„Madhuri was the epitome of vulgarity is 90s. Who can forget Aaj phir tumse from Dayavaan, Dhak Dhak ( one of the most vulgar dances), the love making scene from Parinda, the scene from Beta before Saiyan ji se chupke and the dance itself..and she continued with such cheap stuff until her Aunty age. Padmashree Madhuri Dixit. Aishwarya has been the most graceful and decent of the actresses of late 90s and 2000.“ - Anonymous, Pinkvilla


„Pray remind me how when she was just another overhyped BW actress with less talent but struck gold with her cheap jhatkas and thumkas? At least Aishwarya went global and now enjoys the fame & success which Madhuri herself failed to do in her heydays. Even in Devdas,Ash stole her thunder. Poor Madhuri was not even invited to Cannes or other film festivals! tsk tsk tsk“ - evildancingdiva, Pinkvilla
„Madhuri is CHEAP and VULGAR.“ - Anonymous, Pinkvilla

Some just believe she has no acting skills whatsoever...
„I think Madhuri is not an actress in the first place. on screen or off screen she is the same how much can someone be more pathetic???“ - halimali, youtube (by the way this person always claims to like her at first, but then somehow forgets it or something....)

„she was like the Katrina Kaif of 90s - a below average actress who only lucked out because of her dancing prowess and starring in an array of hit films but otherwise, she is highly OVERRATED. now coming back to the awards, another BIG FAT NO!! her roles in those films were nothing spectacular and she simply won because of the usual rigged politics.“ - marianne, Filmifanatics

Some are downright disgusting (read only if you´re strong enough):
„HA HA HA...i smell something burning..you know what is meant my MD cutting weight? Cutting her red yellow﻿ black multicolor 3 dimesional PIMPLES, ACNES, SCARS, HOLES full of PUS all over her DIRTY FACE. And What about Sanjay Jee and Shubhash Jee hee heee heee..anybody before countering me,..look at who starts it everytime“ - nabutinghau, youtube 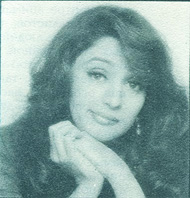 And some don´t waste their time with explaining, but do bother clicking on topics and articles containing her name:


„I hate Madhuri!“ - AviationGuy, SantaBanta forums
„I have had enough of aunty Madhuri!!! Give us a long break Pleaseee.“ - Anonymous, Pinkvilla

„Get lost from INDIA.“ - Anonymous, Pinkvilla

So what did we learn (apart from the fact that if you want to hate on someone it´s best to be Anonymous on Pinkvilla)? That Madhuri is bad actress, bad dancer, ugly, manipulative, vulgar..... I really wonder why do I love her?

For every hurtful comment, for every spiteful attack, there are hundreds and hundreds expressions of love and appreciation. Every single of those hateful comments received overload of responses by Madhuri´s supporters. Yes, some of those responses were ugly (and as soon as they defame other actresses, I don´t consider them worthy of praising Mads) and I don´t agree with their way of leading an argument. But some are beautifully put, beautifully expressed, and so very much from the heart....

„She seems to have﻿ gotten all the dance genes of the world. unbelievable. It looks like it's part of her - such smooth motion.“ - 297megha, youtube

„No words, the talent is in her blood,each movement she performs seems to be divine.“ - skvrind74, youtube

„There are so many who are dying﻿ to watch her even if she gets old. Beacause she is one and only one. No one was and no one can ever be like her.“ - gemphu1234

„Madhuri Dixit is the epitome of Indian female beauty. I have always admired and loved her divine beauty and grace and she﻿ looks like a Hindu goddess in human form :)“ - Enigma1990ad, youtube

„Madhuri is Bollywood to many. Many many people still hold Bollywood and Madhuri to be one . Because she is a struggler to success story !!! We saw some non-makeup photos in the personal collection of our Mumbai producer friends' photo album of her on the sets taken when she was not 'posing' --- Madhuri looked very very beautiful.. (no pancake.. her beauty shining out and out. she's actually somewhat beautifully dusky.. see Parinda...). she was not smiling, just regally sitting.. thinking... and that was the most beautiful photo of her.. with no makeup... no famed smile. The thing that's striking about her is her facial angles and that grace. People say she often just 'zones out' in the sets to think about her role.. and then lights up on screen.“ - Anonymous, Pinkvilla 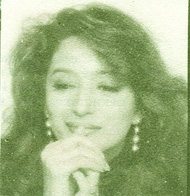 „And GOD said, Let their be MADHURI DIXIT!!! and we have all been in AWE ever since!!! what﻿ a woman! what a diva and what a LEGEND!!!This is Talent and Beauty at it's BEST!!“ - NoRegretsNot1, youtube

„I need Madhuri in a movie so badly...... her acting is always like a fresh air in a suffocating space.....“ - Coconutty, Pinkvilla

And what the heck.... I like posting quotes about Madhuri by those who actually know her:

"Madhuri is a wonderful person, very warm and friendly. I´m very friendly with her as a director and as a person. We vibe very well as a director and an actress.She understands me... Madhuri is the nicest person I´ve worked with. Even though she´s a major star, she will never let you feel she´s Madhuri Dixit. If she´s where she is today, it is because of her performances, her professionalism and her nature. She mingles around with one and all. She doesn´t see who´s big or small. There are people who are not as half as big as she is, actresses, who are not Madhuri Dixits, even character artistes, who throw tantrums, but never Madhuri.... It can be possible for any man to be attracted to Madhuri any time. She´s a wonderful woman to be attracted to...." - Rajeev Kapoor
"When it comes to comparison, I always compare every actress with Madhuri and as a  result every actress disappoints." - Salman Khan
"Madhuri Dixit is such a devoted actress and dancer that hardly anyone in India has come to her level." - Mithun Chakraborty
"Madhuri has become my weakness. There are very few actors, who can surprise me, but she was so brilliant even I was mesmerized." - Raj Kumar Santoshi
(for more go here: http://madhuridixit.blog.cz/en )
Most of my own sentiments have been already expressed in my previous article Madhuri Dixit – When name weaves magic and also my dear friend Siham had her own to say in Why do I love Madhuri Dixit. 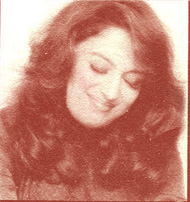 And one message for all the haters out there: You do realize Madhuri doesn´t give a damn about your hatred, don´t you? Wouldn´t it be better to go and waste your life in some other way?
Posted by Gaja Gamini at 21:36

Email ThisBlogThis!Share to TwitterShare to FacebookShare to Pinterest
Labels: Madhuri Dixit, The Magic of Madhuri