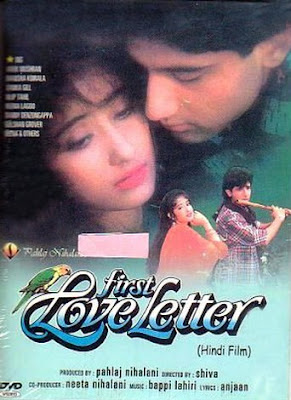 I have not seen any proper 90-ish cliché film for such a long time I devoured this one without feeling guilty at all. I enjoyed it thoroughly for all it´s cheesiness. It is one of those films you should never ever show or recommend to somebody not yet used to Bollywood (especially Bollywood before Hum Aapke Hain Koun), because there are things for which not even the famous „WTF“ is enough. But as a guilty pleasure it makes for an uncomplicated and even heartwarming watch. 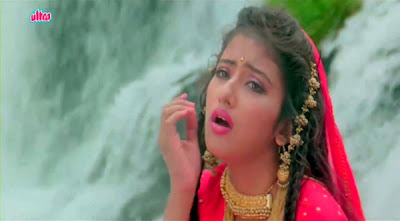 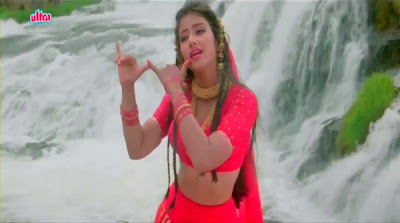 Thakur Ajit Singh (Danny Denzongpa) is a wealthy man who has fixed his daughter´s aliance with another noble house, but the girl in question, Radha (Manisha), is not excited at all over a prospect that everything in her life has always been set up for her. Finally she manages to persuade her father to let her go for a few days into a country and there, dressed as a servant to slip pass through her bodyguards, she runs into a flute-playing milkman Shyam (Vivek). Charmed by his flute and totally gaga over the fact their names match so wonderfully she promptly falls in love with him and they spend the next thirty minutes frolicking in each others arms and roaming woods and meadows. In fear he might get scared (and heck, would he have a good reason) Radha „forgets“ to tell her boyfriend whose daughter she actually is. And when daddy shows up one day, it leads to just first of many conflicts that begin to pile as the footage moves on. 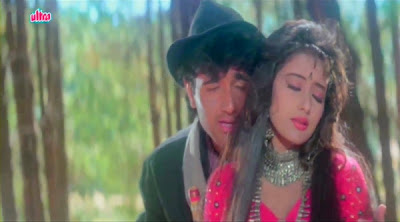 Then came a second half where lot of people would scream "Yeh nahin ho sakta" and there would be lots and lots of weeping, suffering and self-harming. There is Chunky Pandey as an unwanted husband drowning the fact he can´t sleep with Manisha in alcohol, and sporting some awesome Rishi Kapoor sweaters. There is Reema Laggoo and Dalip Tahil as life-disappointed individuals to show you how nasty Danny Denzongpa not only is, but has always been, all for the sake of his good name and wealth. There is a parrot that can easily make it into my unofficial list of overly smart animals. And there is Gulshan Grover with hair too wild to be tamed.

I genuinely loved Manisha (young and gorgeous and really good though inexperienced) and her falling in love with Vivek Mushran (totally not a hero material, but OK enough to pass off as one in something like this), it was all so cute and sweet and the songs were beautiful. It all actually made me miss the songs where hero and heroine would be literally running over the meadows, without a need to transport themselves into some more exotic location, and without any dramatic shots or editing. I wonder if we ever get to see something as simple and disarming as this again?

It was flawed (heavily) and it was WTF (as I have warned you at the beginning), yet I do not regret watching it. The finale had me really laughing. Really. Only in Bollywood you finish the film with a lover on a burning pyre while his girl is singing a song to make it rain. And it works of course. But wait, it gets better. I think from now on the saving by a cow has to be my absolute favourite.
I also have to proudly note that I watched this without subtitles and understood great deal of what was said and could figure out the rest. In the end this was not really any deep philosophical script. Lot´s of "RADHAAAAAAAAAAA" "MERE SHYAAAAAAAAAAAAAAAAAAAAAM" "MAIN YEH SHAADI NAHIN HO SAKTI" "TUMNE MUJHE JHOOT BOLA" "SHYAAAAAAAAAAAAAAAAAAAM" "RADHAAAAAAAAAAAAAAAAA" ..... you know, the basic 90s Bollywood stuff.
Posted by Gaja Gamini at 15:49