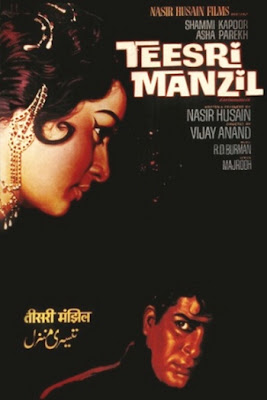 Teesri Manzil is a proof that even a thriller with some mystery thrown into it can be a great entertainer wrapped in bright colours, adorned with melodious songs and with some delightful comedy. Ad to it the pure adorable lead couple, and you have a winner.

When a young woman Rupa falls to her death from the third floor of a hotel, everybody thinks she committed suicide. Even her younger sister Sunita, who even has a letter, in which Rupa confesses she fell in love with some musician and even crossed all limits. After some time Sunita decides that the man who „deflowered“ her sister (subtitles were also delightful) should get some punishment at least, and so she plans to use her own beauty to lure him into some deserted place – where her female friends with hockey sticks would give him a piece of their minds (if this does not scream delightful I don´t know what is). 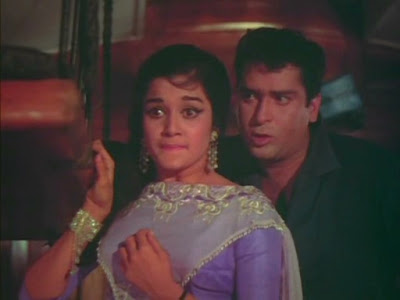 However on her way to the hotel destination already Sunita runs into a happy and carefree „Sona“, who takes immediately liking towards her, but doesn´t really get to her good side with his constant teasing. When he finds out, Sunita is looking for Rocky, he is in real trouble. Because he is the man she is looking for. And because he falls in love with her and to win her over creates a false identity for himself. And because he is going to have a hard time proving he is actually quite innocent. 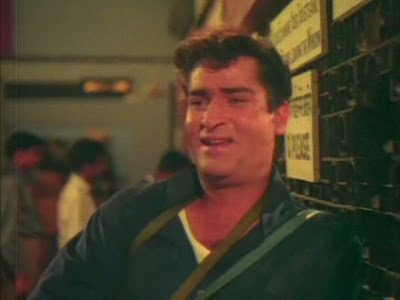 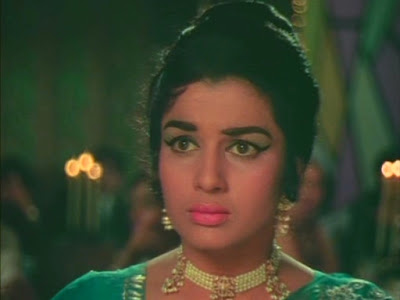 Teesri Manzil is one of those rare films that have a great repeat value even when you know who is the bad guy. Usually there is not much point re-watching movies like that, but the film´s strength does not lie in that one final twist. It is the way the story is told and shot, that makes it so good. And while I can usually guess who is the villain right from the beginning, Teesri Manzil provided me with three possibilities at once (because which one of you will not suspect Prem Chopra the moment he appears, no matter what he does). Wonderful camera work is most notable during the cabaret songs that feature Shammi and Helen, as they get to dance among some huge and very much 60s sets, that would looks awesome on the big screen even today. Of course the „Aaja Aaja Main Hoon Pyar Tera“ is the most famous of the songs, also because of the iconic „I have just been hit by a live wire“ movements, but all other songs are extremely melodious as well. And to see Helen dance is just an experience in itself. 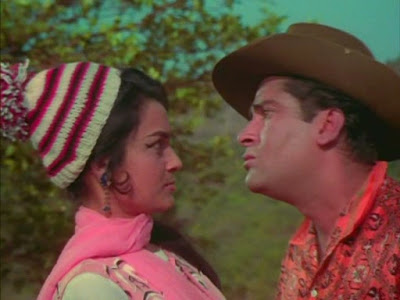 I don´t know if the Kapoor men have always had a passion for roles of adored musicians, but all have grasped that very well and Shammi as Rocky is no exception. A showman he was, nearly unmatchable. He was absolutely endearing and it´s been a long while since I´ve seen an actor so comfortable in front of the camera! His expressions were priceless and his passion for his art just pure. Asha complimented him beautifully, though the film belonged to him primarily, as she hardly appears in the second part. Like way too many other heroines her role practically ends the moment she stops resisting the man of her heart and agrees to marry him.

Teesri Manzil stood the test of time. It is just as entertaining as it once was, and the 60s styling gives it an engaging background and kind of a verdigris instead of making it look outdated. 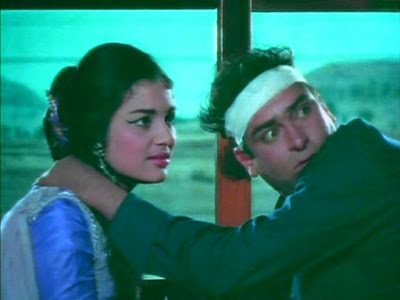