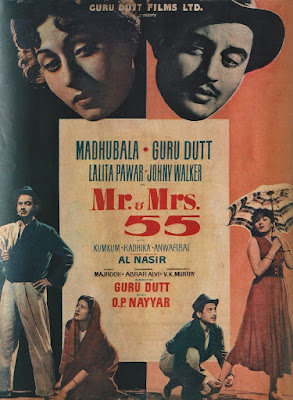 What to do when your daddy has left you millions but only on condition of marrying within a month? Why not hire a poor, honest man to marry, and divorce after a while, with millions secured? Especially since divorce bill has finally passed? But what if your perfect plan does not include possibility of falling in love with your victim? Mr. and Mrs. 55 promises, at first, to be simply loveable, but though it does not lack good moments, performances and humour, it is one of those film of the past that are simply problematic today. For where to draw a line for „acceptable“ amount of traditional sexism? 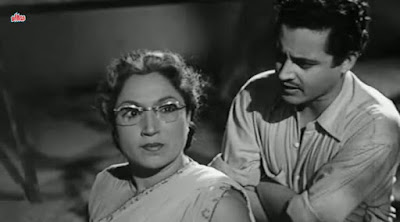 But let´s focus on good thing first. There is something tragically attractive and beautiful about Guru Dutt, about his whole persona. The moment he appears on screen and stares at Madhubala who has seemingly fallen down from the skies, I am lost. I don´t think even Shahrukh Khan with his intent gazing can surpass him in „looking at a woman as if she was the most beautiful thing walking on the Earth. And while this time I did not experience the familiar tingling around the heart (a feeling I get when seeing Guru with Waheeda Rehman), the lead pair in the film is both likeable and talented. Madhubala induces her character with innocence and obstinacy, decorated with delightful comic timing, while her counter-part is more subdued (and quite himself in a role of poor, mistreated-by-society artist). Johnny Lever and Kum Kum are not as over the top as usual, and Johnny actually acts as as pivotal character. Furthermore his little romance is quite amusing, and in contrast to the drama between the two leads. Or at least neither Johnny not his lady love feel the need to discuss who should be superior in the relationship. 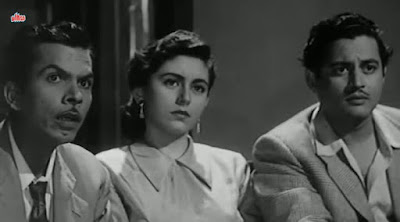 What an utterly delightful film this might have been, had it not, as already mentioned, been so damn old-fahioned-ly sexist. I understand that it was released in the 50s, but that does not change the fact that the more it progresses the more it grates on my feminist nerves. And the worst part? It is not the man to have a a fiery, passionate speech about women´s duties and izzat, it is the heroine. Do not take me wrong. In many ways Anita (Madhubala) is a character who does things her way, even if she starts of as childish. However the complete disregard of women being unfairly treated by society annoys me. Anita´s greedy aunt (who makes sure to pinpoint she learned about „freedom“ from women of America and Europe aka continents of hoes where men need to be pitied) is exactly the type of a „feminist“ who gives feminism the bad name with her misandry, and who does not regard another woman´s own choice of way of life as right and normal. Which, ironically, is actual feminism. 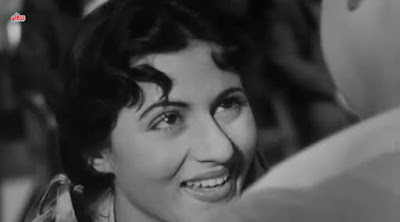 At the same time we have the saintly bhabhi (who has somehow managed to have three school-going children in just four years into marriage) who believes that even when her husband beats her occasionally it´s really all just marital happiness. Urgh. Maybe the mean aunty was not wrong about everything.
Posted by Gaja Gamini at 23:09